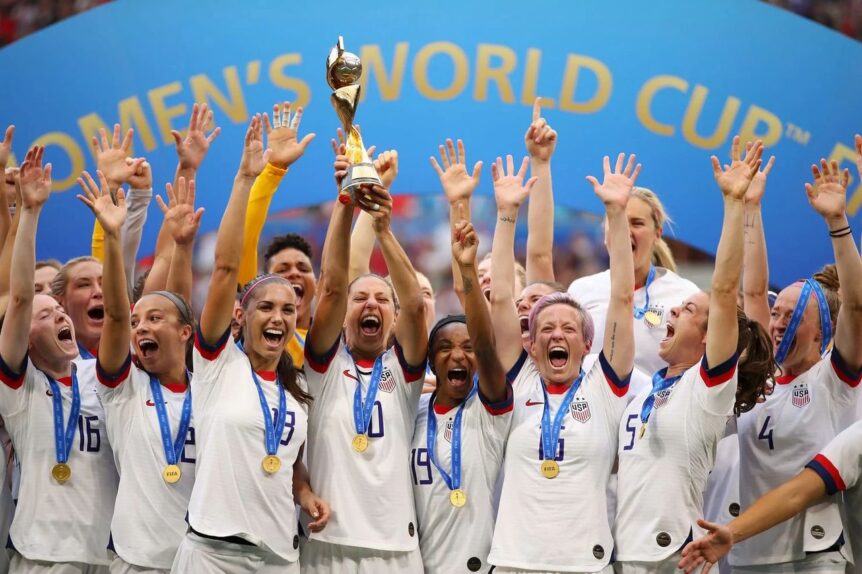 Did you watch the U.S. Women’s National Team win 2-0 over The Netherlands in the World Cup Final last week?  If not, you probably saw some coverage of their victory. How could you miss it, right?    After the championship match ended, the stadium vibrated with chants of “Equal Pay!  Equal Pay!” – a resounding show of support for the female players’ legal action to receive equal pay to their male counterparts.  Basically, the women win and they bring in the revenue so they should be paid fairly.  The calculations are tricky for these financial contracts, but any way you cut it, the women earn less than the men.

Did you know that UWNT isn’t the first effort in professional sports to strive for financial parity?

Did you know that Billie Jean King worked throughout her career to secure equal pay for all athletes?  She and Venus Williams successfully lobbied Wimbledon through savvy feminist organizing of players, the WTA, Wimbledon, and even the British Parliament to secure equal pay in 2007.

Did you know that the wage gap in the United States is, in fact, real?  And, no, it’s not just about women who drop out of the paid workforce for childbirth and childcare.  According to the Institute for Women’s Policy Research, the U.S. gender wage gap widened between 2017 and 2018.  This means that women made less in 2018 than they did in 2017.

So what do we do?  As generations before us, we get active.  We mobilize.  But, that’s exhausting!  I’ve learned over the years that approaching activism from the  “it’s not fair!” perspective leads to burnout and fatigue.  I’ve also learned strategies to keep myself intellectually and emotionally healthy so that I can focus on the big picture and my ability to engage.

Want to avoid burnout and reset your organization’s activist agenda?  I am scheduling speaking events now on this topic.  Check out my website and contact me at michelle@michellemorkert.com to schedule an event for your organization.